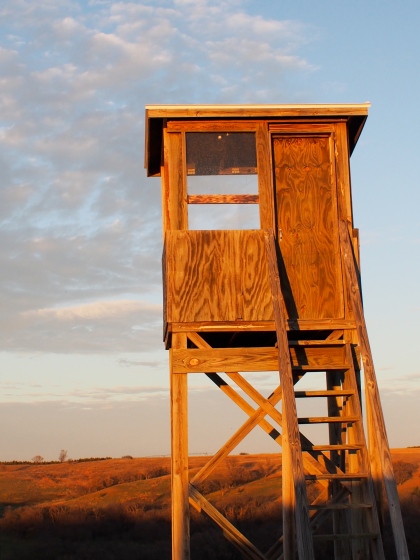 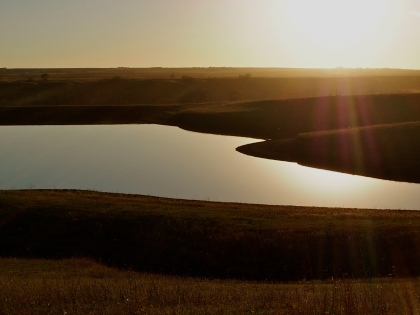 I saved a few pictures from our day touring the operation for a birthday post.  My Uncle Tom was only 21 when I was born, my Dad is 6 years older. He was just a kid.  He inspired my travels and sense of adventure at a very young age (not my politics though, sorry Tom).  He would come home from hunting in the Rockies with a beard, a case of Coors (because you couldn’t get it in South Dakota—he wasn’t even a beer drinker, but it was novel) and beef jerky (one of my favorite products) and all of this seemed exotic to me.  I would make him show me the slides from his year at The University of the Seven Seas (a few slides he would breeze through quickly so my Grandmother wouldn’t ask too many questions).  It was a shared joke between us.

When I listened to Uncle Tom tell me why he loves raising cattle and researching how to make systems more efficient on the farm I felt uniquely connected to him as an adult.  He’s so proud of the team teaching him these new skills too and that was a reminder to me to thank the folks who have sparked my own growth and new interests. The Ponca Creek Cattle Company is clearly a place in the world where Uncle Tom’s contentment and gratitude is so evident.

As we climbed up into the deer stand to see the view below at sunset, Tom described what a Saturday up there felt like to him.  He told me that it’s one of his favorite places in the whole world (and he’s seen a lot of it).  He described watching all of the animals and how the valley changes when you’re up there for a while…the light and the way the wildlife moves down the creek.  So, on Uncle Tom’s 70th birthday I wanted to thank him for the life lessons he’s taught me.

I also wanted to let folks know that to his great nieces and nephews he’s always joked about being called, “Uncle Tom, The Great“.  Even though it’s his birthday, I can’t let him get too big of a head, but he is indeed pretty great.

This site uses Akismet to reduce spam. Learn how your comment data is processed.