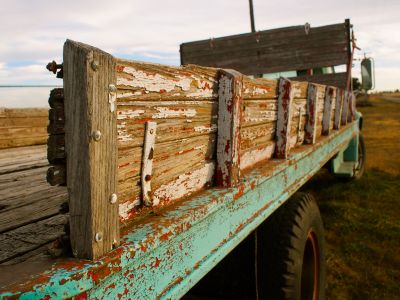 The week before Thanksgiving I was in South Dakota visiting my family.  I had an afternoon to drive around and shoot some photos.  I headed to Herrick, just east of Burke, listening to korn country 92.1. I love Keith Urban’s song; Blue Ain’t Your Color.  If you don’t know this song, it’s a damn shame.  Here’s the video.

I spent a lot of time in Herrick growing up.  I “worked bees” two summers. That was highly educational, messy and sometimes painful work.  I got stung 17 times one day (my forearms looked like Popeye’s). I played softball in the field behind the truck.  I think I might’ve even knocked back a few beers at parties in the outfield on occasion. I had a friend who lived on a farm in Herrick and since I was a “city kid” riding the bus to Anita’s farm was a grand adventure.  We could drive at fourteen.  We didn’t have to ride the bus too long.  So, I had a blast driving around Herrick in beautiful, autumn, late afternoon light and thinking about my Herrick Days.

Next time, perhaps a whole series of photos devoted to Bernie’s Inn, the historic watering hole in Herrick.  Would that be a possibility?  Let me know.

This site uses Akismet to reduce spam. Learn how your comment data is processed.